We had to put our cat Sammy to sleep on Sunday. While we had six cats at the time, it still leaves a hole in the heart.

I always called us the Brady Bunch of cats. When my husband and I first met I had one cat, Yuengling, and he had two cats (Oliver and Marvin). Shortly after we started dating, his mother passed. I agreed to take in Sammy, his mother’s favorite cat. But she also had two other cars we needed to find homes for. We did such a good job at finding homes for them, that Tom ended up with Pumpkin and Tuna (Petunia). Then when were married we ended up with six total. My Yuengling passed two days after we got married, but about a year later I saw Tabitha at a Pet Smart and she looked so much like him, that I needed to get her.

Well now my Sammy has passed. He was such a good cat. I always called him my gentle giant. I mean this cat was huge! And he’d run around like an awkward kitten. It was hysterical!

I may not have gotten many pictures of him posted. He didn’t tend to snuggle in my lap while I crocheted. He preferred to lay across my chest which made crocheting pretty difficult. Rest In Peace, my baby boy. There will never be another cat like you. 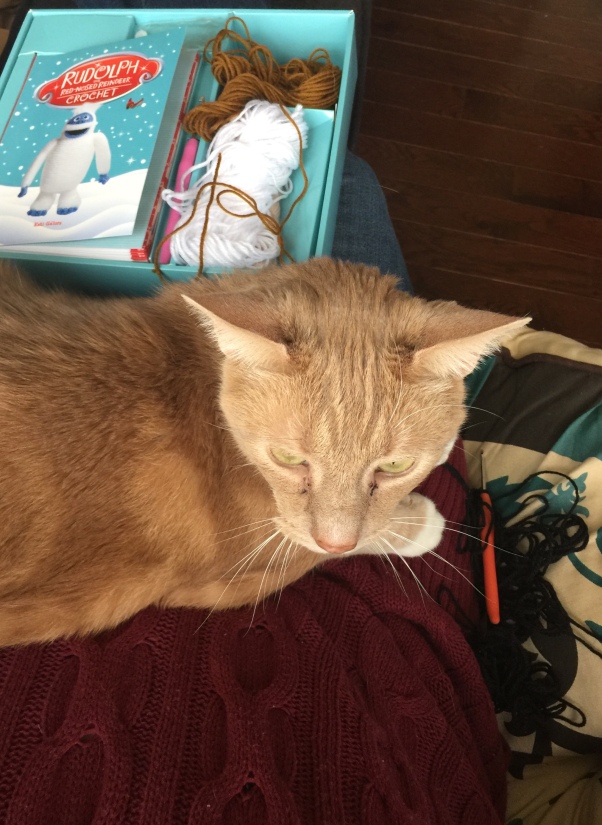 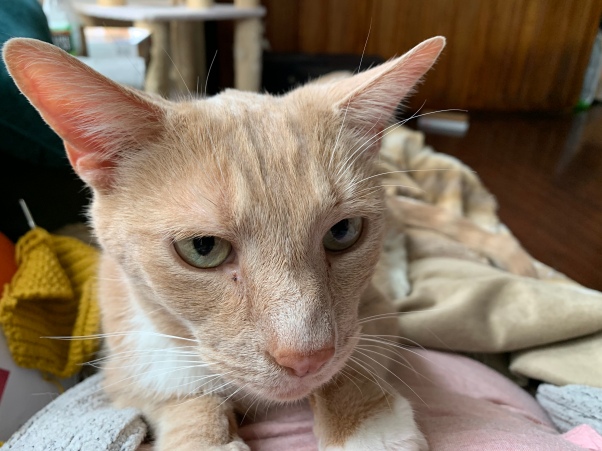 Other fun stuff to read: